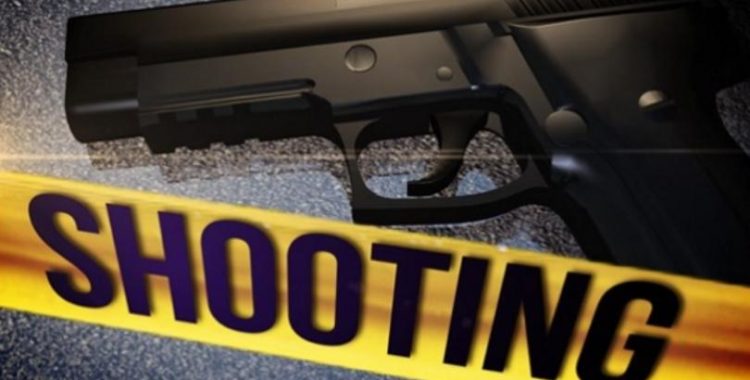 If you ever have to use a firearm to defend yourself or another person and you are not aware of the elements necessary to prove innocence in one’s defense, you are at great risk of losing your freedom and all the material things you have worked hard to get.

It’s usually not the shooting itself that gets you in trouble. More often than not, it’s what you do after using deadly force. If you have a concealed firearm permit and don’t have an attorney or don’t think you could ever afford one, we highly recommend becoming a member of CCW Safe and we refer on how to use CCW Safe in this article. If you don’t have a concealed firearm permit, you should get one even if you don’t plan to carry a firearm outside your home. Check out our courses.

We want to make it clear that we are not offering legal advice. We are not attorneys and the purpose here is to make you aware of the typical events that take place after a self-defense shooting. Requesting to speak to an attorney before giving any statements does not mean imply you are guilty, it is simply protecting yourself.

Bad Guy Down
You unfortunately had no choice but to use deadly force as a last resort against an attacker to protect yourself or another person. We hope this is something you are never faced with but if it happens it will probably be the most traumatic experience of your life. There is no easy way out of the emotional barrage after a self-defense shooting incident.

Under the level of stress you will be experiencing it is important that you make sure the threat is truly over and there is no one else trying to hurt you. This is not television or the movies. Do not expect the bad guy to immediately fall and or stop trying to hurt you.

Is it safe to remain in area?
Assess everyone around you and your surroundings. Unless you’re still in danger, don’t leave the scene or tamper with evidence at the scene. Don’t talk to anyone. This includes calling or texting your friends and family. You may feel the need to talk to someone but don’t. You do not need to have your Miranda rights read to you before anything and everything you say can be held against you in court. Don’t be the one that thinks you’re safe from this. The only thing you should call is 911, then your attorney or if you are a member call CCW Safe immediately after calling 911. Leaving the scene could be interpreted by the police as fleeing the scene and give the appearance that it wasn’t self defense. It may seem natural that you want to clean up yourself or your home. Don’t touch anything. If there are other people nearby, make sure they do the same.

Is anyone injured?
You are number 1. Check yourself for any injuries, keeping in mind that depending on the circumstances you may have blood on you from the attacker. Your adrenaline and other physiological aspects you are experiencing may very well cause you to go into shock and block out your pain from any injury you may have.

After the threat is stopped and you are safe call 911 immediately
“I was forced to defend myself”, “I was in fear for my life”, or “I was attacked”. Try not to use phrases such as “I killed someone” or “I just shot someone”.

Don’t call 911 in a panic. You need to call 911 as soon as possible but no matter how tough you think you are your body and brain will be a mess after you pull the trigger and see a body lying on the ground. You need to take a moment and breath, calm down, and get yourself together.

The first words out of your mouth to the dispatcher should be your location. If you know the exact addresses then tell them, otherwise give as detailed of a description as you can. This is critical in case your connection is lost. You may realize that you are still in danger and have to lose contact with the operator. If you have not provided the location there will be no one coming to help you.
Remember you are the victim, so provide the minimal amount of information.

Tell the dispatcher you were attacked, someone has been shot and you need the police and medical assistance.
Identify yourself and give your full name and a description of what you are wearing etc. The dispatchers will be trying to provide as much information to the first responders as possible. During this time you will have a great physiological need for someone to say you did the right thing. Do not get too involved with this call and say too much. There will be plenty of opportunity for you to articulate your actions to the police when you are in the presence of your attorney. The police are not your friends or your enemy. They are just trying to do their job, which part of, is to determine what happened and if a crime has been committed.

Medical and Law Enforcement Arrive
If medical arrives in the area first, they may not approach the scene until the police clear the scene and determine it is safe. Their primary concern is anyone that is injured. They will try to preserve evidence and the integrity of the crime scene. In some cases they may remove the injured individual before police complete their investigation if they are still alive.

Don’t have your firearm in your hand when medical personnel or police arrive. As you hear or see police cars or officers approaching, holster your firearm.

Police who respond to a shooting won’t know who the good and bad guy is even though you gave them your description and that you were the victim. They will take anyone holding a gun as a threat and will deal with you as such.

Retrieve your concealed firearm permit, your driver’s license (if you have it) and if you are a member, your CCW Safe Card. Keep your hands where the police officers can see them, palms facing towards them and follow all commands they give you. They may see something that you don’t, or it may make them feel safer. Remain calm, but restate the fact that you are a victim.

They are on scene and they make contact with you. They begin to preserve the scene, assess the injured, identify and collect evidence, talk with witnesses and so on. Treat the police officers with respect. Most police are good, decent people who have a difficult job. Phrases such as “yes sir” and “no sir” will go a long way toward showing responding officers that you are the respectable, upstanding citizen you know yourself to be.

The crime scene will be secured and a crime scene perimeter entry point along with an access log will be established. The Sergeants, Lieutenants, Captains and even the police Chief or Sheriff may show up. Don’t let all these supervisors make you nervous. A shooting incident is a serious call for all involved. This seriousness often brings out the “brass” to make sure all procedures are followed and the investigators have all the resources necessary to properly process the crime scene and conduct their investigation.

Provide initial information to the officers. Some things that can explain your situation might be
“I am the victim”
“That is the suspect”
“Those are the witnesses”
“I had to use my firearm in self defense”
“I was forced to defend my life”
“My firearm is secure in my holster”
Once again, don’t make any statements. Police have a job to do and they want to know what happened. You need to be cooperative, but anything you say to anyone will be used against you! Most people are unaware that if police officers or federal agents are involved in a shooting, they will not be interviewed for 24 to 48 hours. You should receive the same consideration. Tell the police that you would like to give a full statement in the presence of your attorney.

Don’t fall for the good cop, bad cop trick. You think you’re too smart to fall for this routine, but you’re not. You are in shock and not thinking clearly. You will want to talk, especially to anyone who appears sympathetic. Police officers are trained to interrogate you and will use your emotions against you and may even challenge your use of force. Just don’t say anything until you talk to your lawyer.

Don’t try and lecture police on the law or your rights. One of the worst things you can do is argue or act like you know more than the police. No matter what police say, even if they say or do something you believe to be incorrect, this isn’t the time to get into a debate.

The police may handcuff you and take you to the police station, and placed in an interview room to be questioned. You are most likely not under arrest unless you’re told so and given your Miranda Rights. You are simply being detained and it takes time to sort out the truth of any shooting. Don’t take it personally. Cooperate fully and just let it all happen.

If You Have Not Done So Already, Ask For Your Attorney
Of course, if you’re a member of CCW Safe, you’ll have immediate help to sort things out. It is your right to have an attorney present when questioned about the incident. You need to protect yourself from both the criminal and civil process. Speaking to the investigators without an attorney first hearing and approving your answers can be extremely dangerous.
The investigators will form opinions based on fact and analyze the totality of their findings and come to an educated decision as to what transpired based on the facts of the investigative efforts of the entire investigative team.

There are two ways the police will handle the situation after you are questioned.
1. The Good – You are simply questioned (hopefully in the presence of your attorney) and released.
2. The Bad – You are arrested. (hopefully if you didn’t talk to anyone without your attorney present this may not happen.)
After this point you are either a free man/woman, going to what seems like endless court hearings or trial and we can’t tell you what may happen. You may even be sued.
If arrested, you may have to have a hearing before a judge to determine factual innocence to clean your record of the arrest. It is much harder to prove factual innocence than prove beyond a reasonable doubt.